He is a poet and essayist having published many articles and several books including; Having Everything Right: Essays of place and 100 tricks Every Boy Can Do. He is the founding Director of the NW Writing Institute at Lewis & Clark University. As Poet Laureate he travels throughout the state of Oregon. “Poetry is our native language,” says Stafford. “We begin with imaginative experiences as children and lyric language can be a can be a realm of delight throughout life."

This event is open to Returned Peace Corps Volunteers, friends, and the public.

Expect a writing exercise or two. 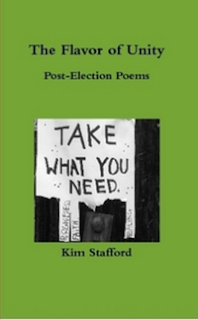 Posted by BillJohnson at 12:17 PM No comments:

Writers employ story structures, plot designs and character arcs to explore, examine and reveal their creations. Directors, Art Directors and Cinematographers use similar tools that parallel these structures, designs and arcs, to express their vision. We’ll examine aspects of their craft as it pertains to writing and explore the psychological dimensions of symbol, analogy and metaphor in relation to visual subtext, in context, to content.

This meeting is free to members of Willamette Writers and full time students under 25, and $5 for guests, including MeetUp guests.